The World Belongs To Those Who Let Go 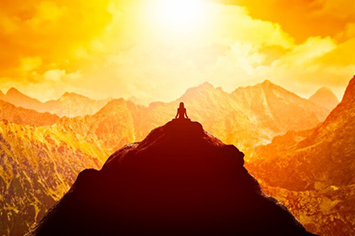 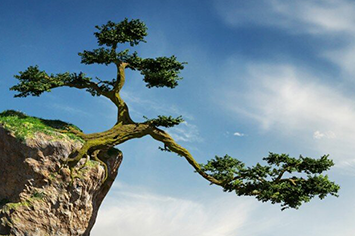 The Case for Quantum Change 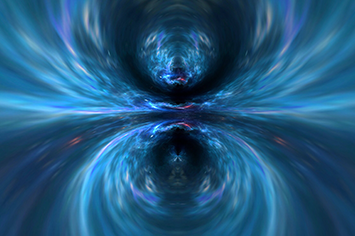 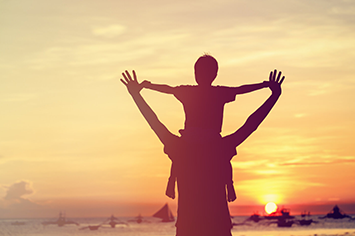 “The #Inspiration4 launch is one outcome of our nation’s partnership with private industry,” tweeted NASA’s deputy administrator, Musk’s rocket racing into orbit. “Creating a sustainable economy in low-Earth orbit including commercial transportation to space for people & crew and commercial space stations is critical to our future on Earth & in space.” Half a world away, China’s astronauts returned from a 90-day mission to Beijing’s unfinished space station. Blocked by US law from working with NASA and the US-led International Space Station, China has spent 10yrs developing technologies to construct its own space station. It is a race between a nation powered by public/private partnership and another guided by central control.

Overall: “All other geopolitical issues will fade into irrelevance if we fail to rise to the existential challenge that climate change presents,” said the former head of the United Nations climate agency. North Korea tested a new long-range missile this week. South Korea tested a new underwater ballistic missile. Taiwan announced $8.7bln in new defense spending. China sent more fighter jets across the Strait. The US and UK agreed to arm Australia with nuclear submarines. Beijing threatened to send warships into Hawaiian waters. But such geopolitical issues are not our greatest risks. They are just the most visible. Countries in North Africa and the Middle East import more than 90% of their food. Sub-Saharan Africa spends nearly $45bln on imported food. Brazil recently cut its corn crop projection amidst the worst drought in nearly a century. The number of people facing chronic hunger increased by 161mm in the last year. One in every three humans did not have access to adequate food in 2020. Global food prices in August were up 33% from the year before. Adjusted for inflation, food is now almost as expensive as it has been since the UN’s Food Price Index began in 1961. In the absence of a sharp reversal, the coming decade will see unprecedented mass migration. Today’s geopolitical issues will not fade into irrelevance if we fail to address climate change, they’ll be amplified. This simultaneously represents a monumental risk and opportunity. Fresh off a once-in-a-century pandemic which reminded us that we are all connected, a coordinated battle to combat climate change would appear to be one of the few things the planet’s 7.9bln people should be able to agree upon. With global interest rates at zero or less, and politicians prepared to spend vast sums, that’s our opportunity. Because of course, on a shrinking planet, straining under rising inequality, suffering from widening fissures, we are growing increasingly desperate for a common enemy. And history suggests we’ll find one.

Inference: Allocators can no longer depend on bonds to offset the equity risk in their portfolios, said the CIO to his team, stating the obvious. We can debate whether the Fed will normalize interest rates in the coming decade – and I sincerely doubt they can – but we know for sure that they will not be able to do that in coming few years without causing a simultaneous stock and bond market collapse. We should be confident that the Fed won’t do that. So we can lean on that assumption in our portfolio construction. But let’s think about where else this may lead us.

Inference II: In previous cycles, when equities were at records, bonds offered reasonable returns relative to today, said the CIO, still discussing markets with his team. For allocators who wanted to play it real safe, they could buy short-dated bonds and at least break even after accounting for inflation. But now, hiding at the short end guarantees deeply negative real returns. Some investors are willing to lose money for short periods to mitigate bigger risks elsewhere in their portfolios. But almost none are prepared to lose money in a trade that appears structural. And the starting point is a portfolio overallocated to bonds and cash.

Inference III: We see increasing interest in diversifying solutions from the world’s largest allocators, continued the CIO. It’s far more demand for such strategies than we’ve ever seen. The common driver is these investors recognize the 60:40 portfolio no longer works. Owning bonds at deeply negative real rates guarantees a loss. And in a crisis, bonds no longer provide material positive convexity. But investors still need to take substantial equity risk to generate their required returns. So they are looking for unique ways to replace their bonds - and there are few.

Inference IV: If we list every firm in the world that offers diversifying strategies and estimate their combined capacity to deliver the convexity that bonds offered in the past, what would we conclude? the CIO asked rhetorically. The answer is that there is a small fraction of what is needed to do the job. So what does that tell us about what may happen? A decent number of passive investors will stick with the 60:40 even if its broken. Proactive investors will replace their bonds with more unique diversifiers. But there’s another possibility.

Inference V: Some investors may conclude they are unwilling to suffer deeply negative real returns. They will sell their bonds. Instead of buying unique diversifiers, they may instead go all-in and reinvest the proceeds from their bond sales into equities (public, private, venture). This inflow will push stock prices higher. Investors that pursue this strategy will initially outperform their peers, which will in turn pressure their competitors to pursue it lest they be left behind. Such a process holds the potential to be highly reflexive. Prone to wild moves. Unprecedented boom, perhaps. Bust.

Inference VI: What’s the chance such a process will unfold? asked the CIO. In a world with unprecedented bond supply, negative interest rates, high inflation, and the reluctance of central bankers to normalize monetary policy, I would assign a probability of at least 25%. Possibly higher. Perhaps the process is already underway. If it takes hold, it will first appear as a stable paradigm. Over time it would grow increasingly fragile. The Fed would fear financial instability but would be extremely reluctant to intervene. Eventually, it would be forced to.

Anecdote: “There are numerous ways to look at current circumstances in an area of change,” said the Chairman. “When analyzing an area, it’s helpful to consider at least a few, and explore how we develop our various opinions,” he continued. “What we often discover is that our perspectives are path dependent. How we got here, dominates how we view the future.” We were discussing blockchain technology, its power to transform finance. “As a thought experiment, picture a world where applications for blockchain technology were developed at one of our largest banks. They were patented, licensed, and then utilized by the banking system to increase the efficiency of settlement, reporting, operations, value transfer, custody, financial stability, anti-money laundering, crime enforcement, etc.” I nodded. “The industry raced to apply the new technology fully, tokenizing all assets so they could move through the system, comparatively free of friction.” Global financial assets are an estimated $223trln (including non-financial wealth an estimated $418trln). “Picture that the advance to this tokenized world stripped out market inefficiencies, waste, middlemen, rent seekers in the largest, most liquid financial markets. This created industry disruption, winners, losers, with most of the benefits ultimately accruing to society. And the innovators who brought that world to life were widely celebrated,” said the Chairman. “That would have been the “incumbent markets first” path. And imagine on that path, all sorts of innovation beyond our core markets inevitably popped up. Private sector creativity was unleashed, and cryptocurrency was one of many novel creations in that world.” I agreed this was easy to visualize. “But that world doesn’t exist. The real journey didn’t end with a novel cryptocurrency, it started with one, and this no doubt shaped opinion in ways that led to a much wider, more emotional spectrum of views, including zealous, often blinkered, pursuit of change as well as stiff, often blunt, public and private sector resistance to so much of what blockchain has to offer,” he said. “It appears many opinions on this issue were formed not on the merits of the technology, but rather, they were swayed by the path. In my experience the path matters a great deal in the short term but not over decades, those kinds of polar opposite opinions on the future fall away or are moderated by tangible successes and failures,” said the Chairman. “History tells us that those who best adapt to change have a sense of where various paths converge over time. The more and more quickly incumbent markets adopt blockchain technology the more quickly that convergence.”